The blue and white landscape painting began in the Yuan Dynasty in the late time of the underglaze blue and white technology has been very mature, the main decoration for pine, bamboo and plum and seaweed, flowers, Yunlong, Fei, animals, birds, but also painted small opera characters story map. In order to cope with the story, with pine, stone, mountain view to the characters in the picture, which belongs to a landscape background. The typical patterns in the auction of &#34;down GUI&#34; porcelain pot. Although the tank painting painting style, but the figure is just to play against the blue and white landscape, figures the theme. As in the Nanjing museum&#39;s &#34;Xiao He in chasing Han Xin&#34; vase, trees, stone, banana, Toyama is against the characters. In the Yuan Dynasty painting there is a kind of &#34;courtyard lotus Yuanyang&#34; map, also use the garden railings, stone, grass off the main yuanyang. 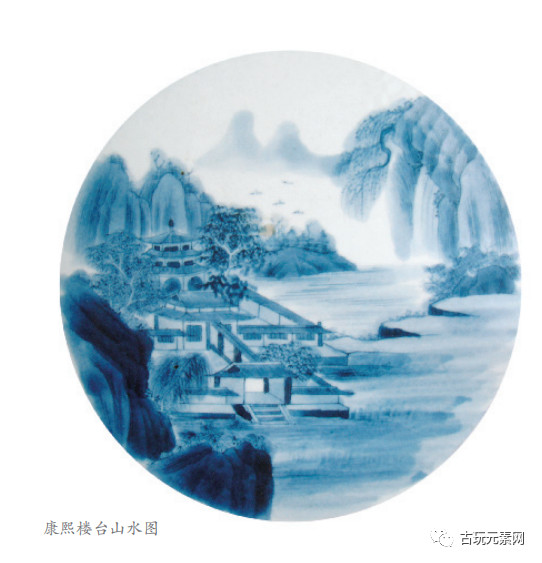 In the Ming Dynasty porcelain painting history, &#34;the official&#34; dominant position. &#34;The official&#34; from the palace type wood prepared and draw a good pattern, hand made by the porcelain craftsmen. Many patterns in the court painter hand hair, the delicate and complicated patterns of the whole kiln. In the early stage of the Ming Dynasty, porcelain production in Jingdezhen in order to control the Palace Royal factory as the center, &#34;in a subordinate position. The blue and white material for kiln factory control, pattern decoration in bondage. Landscape painting mainly stone courtyard, longevity is much, little change in the picture is simple. This period of landscape painting theme less. 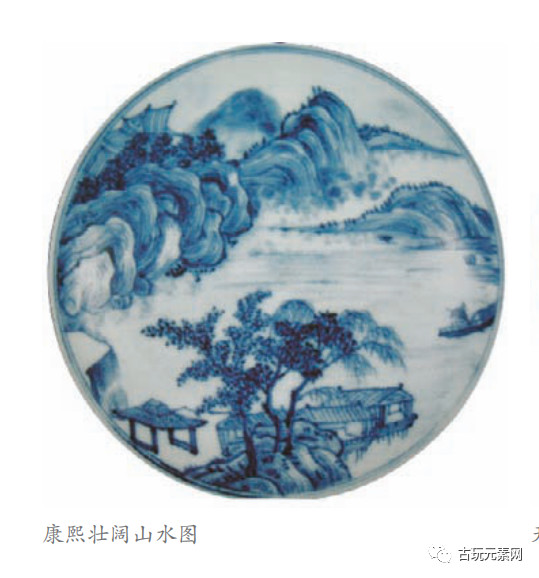 One is the courtyard landscape painting. Permanent, Xuan period from rocks, flowers, water landscape patterns constitute more close. The Turkey and Japan than the Palace Museum in the light of Yongle &#34;landscape flower market&#34; in the picture, stone creek bank, reed, bamboo, flowers, trees and other plants with the water to form a scene pattern. Meaning the quiet composition, elegant blue and white hair color, give a person a kind of elegant quiet, elegant elegant feeling. Not many stone courtyard pattern in the kiln, drawing Shulang fresh, completely different from the Sea rocks complex technique, but the pattern of stone, flowers, water well-proportioned layout, a slender, beautiful and lively reflects the landscape features, reflecting the unique scenery of jiangnan. During this period, stone flowers painting is basically the same, little change, are depicted by small strokes, rigorous neat, embodies the characteristics of official painting. But the whole embodies a kind of landscape painting close range. 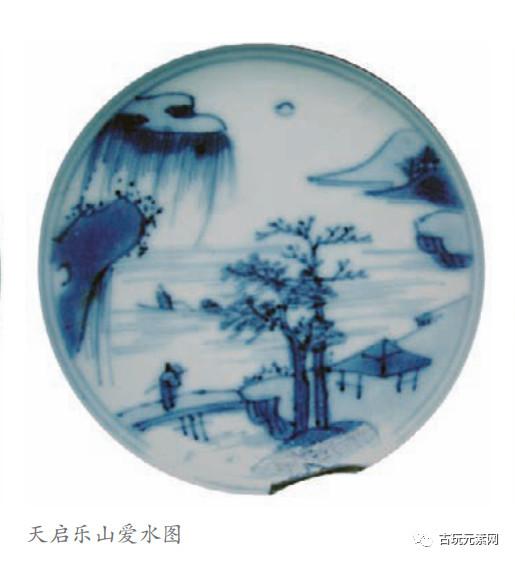 Two is the emergence of &#34;abstract&#34; landscape painting. Like the landscape in cloud pattern, pattern for longevity. The Sea rocks kiln painting, usually full body painted blue and white wares all through the picture, the surging waves, each waves, waves each have a rolling movement, set off waves of the mountain stands in the towering majestic solid. The water bearing painting in the Yuan Dynasty, but the composition is more rational, more delicate. Permanent, Xuan period sea cloud pattern map, reached the peak at the time of precision drawing, permeates the court academy painting temperament. Such as the Nanjing Museum of the three foot seawater lines Xuande furnace is a typical work. &#34;Longevity grain composition is more simple, painting and abstract painting. The orthodox, Jingtai, see &#34;Qin Tianshun period many articles and pictures&#34; figures, landscapes, garden pavilions, often in the clouds of illusion. &#34;Abstract&#34; landscape pattern already contains elements of freehand brushwork.

In the morning, mid Folk Landscape in sketch based method, the courtyard garden landscape stone become an indispensable content in. A few pens, stone railings, garden flowers, concise composition. As of this technique, in addition to the &#34;double hook Ping Tu&#34; techniques, actually is a kind of original freehand form, as the late Ming literati painting foundation.

The development of blue and white landscape painting in the late Ming Dynasty, the emergence of a turning point. Wanli thirty-five years (1607), has been the dominant kiln. After this, imperial decline and expand exports to the European market and the increase of the domestic market, greatly stimulated the production of a.. From the mass production kilns fetter, occupy the absolute advantage in Jingdezhen. Get rid of the &#34;officer of the&#34; limit, folk blue and white decorative patterns tend to be fresh and rich in folk flavor. Porcelain artists from home painting and calligraphy style, make porcelain picture appearance changed little, continue to use the traditional pattern of the Ming Dynasty kiln.

The style is succinct, simple, lively and bold, learn from each other and at the same time the development of Chinese painting complement each other and influence each other. Landscape painting artistic conception, deliberately reflects people heart activity and emotional needs, not only to &#34;look&#34;, but also have fun&#34;. In the composition, layout in italy. The blue and white landscape painting in the Ming Dynasty has appeared in painting using &#34;three far&#34;, the scenery near or well-proportioned, picture the density, collocation is proper, more rich flavor of life. In writing more bold lines and easy, hearty, a few strokes took a scene description of landscape painting. Late Ming Dynasty to early Qing Dynasty when there are many impressionistic landscape map, such as &#34;Autumn Mountain&#34;, &#34;autumn be crossing&#34; and &#34;Linjiang chant&#34;, &#34;Jiangshan autumn&#34; and &#34;mountain spring tobacco&#34;, &#34;smoke Fei Chunxiao&#34; etc.. In landscape painting, poetry, calligraphy and painting, printing with fascinating. This kind of painting in Tang poetry painting scene, with the screen with the official script inscription, the poem and painting of the painting, is well conceived and late Ming literati culture and art, which is a manifestation of the literati and the combination of folk kiln owners, and has a profound impact on the Qing Dynasty porcelain. 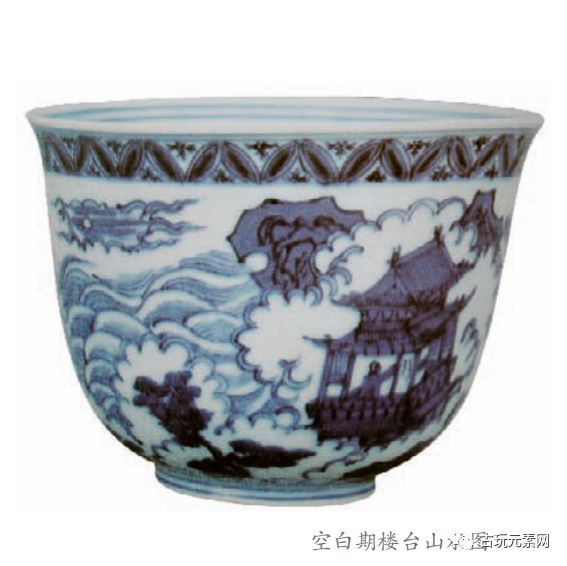 During the Jiajing period, popular with a Taoist Wonderland style landscape pattern, is a true portrayal of the emperor of Chongxin taoism. Emperor Jiajing of state affairs, with the Taoist theurgy, porcelain decoration also appeared a lot of fairy tales, Songhe map. Much of the landscape painting, also tend to be &#34;meaning must be lucky&#34; meaning. The ratio of Turkey palace collection of &#34;Shoushan Fuhai Wonderland&#34; plate, the picture painted mountain, temples, pagodas, grass, trees are in the misty fairyland. This spirit dust screen, simple structure, writing pen, very quickly, has obvious impressionistic style. It is worth mentioning that the Wanli period of the Ming Dynasty, a simple pattern appeared in large numbers, this pattern is not only with blue line sketch pattern, and fill with lines painted patterns, a double hook Ping Tu painting. A new method to form a new style, have an impact on the later blue and white painting.

Chongzhen, Shunzhi period, poems with paintings typical humanistic painting style. Chongzhen twelve years (1639) blue and white landscape pattern like legs bottle, screen mountains, mountain fog, close forest of their independent small bridge. In the picture the blank, Zhu Xi &#34;spring poem:&#34; SHENGRI find Fang Si waterfront, a new scene of boundless. Truthfulness east side, always a riot of colour of spring.&#34; Poetic painting scenery, full of fun. During the period of Tang Shunzhi paintings by Chinese scholars with the popular Shanghai Museum Shunzhi ten years (1653) blue and white landscape like legs of the whole bottle, vase painted landscapes, it is Chen Yu of the Tang Dynasty &#34;and&#34; Hebei Xidong give the poem and painting &#34;the sunny spring flowers open flowers, people go back when. Earnest message Wuling, cited the world one by one to mo.&#34; From the blue and white landscape painting and Chongzhen Shunzhi can see, design and drawing, greatly improving the quality of porcelain. The painting on the porcelain kiln, from Jingdezhen porcelain, and drawn by the court painter design patterns.

I had a bowl of residual bowl, Levitt inner painting figure, at the end of paragraph &#34;Xu Gu Tibetan&#34; four words. Xu Gu, famous painter in Qing Dynasty, its landscapes, flowers, all fine, distinctive artistic personality. This mountain map, from composition to line, has studied painting. I try to figure out the bowl is studied in Jingdezhen custom undoubtedly, on which the painting may be studied to draw their own, may also be studied by providing drawings, please master painter painted by porcelain square. There are a few cups for sparkling, bodyless porcelain, top painting landscapes, inscribed &#34;Hu Gongshou painting&#34; four words. Hu Gongshou is also a landscape painter in Qing Dynasty, fair, in bold, is Xugu&#39;s. 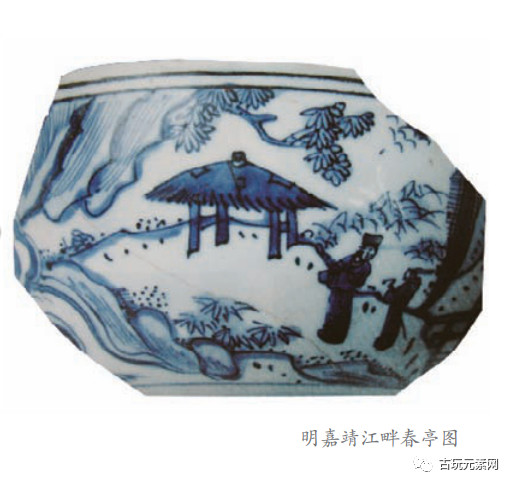 Thus, in the yuan, Ming and Qing Dynasty, some fine blue and white porcelain, apparently is a product of the literati painters and craftsmen kiln closely. Jingdezhen to learn China ink painting skills, the continuous extension of interactive landscape depicted in the porcelain, the porcelain decoration into a new realm.

The blue and white landscape painting &#34;peak&#34; in the period of Kangxi, at the time of porcelain production has taken a series of reform, the rapid development of ceramic industry. Kangxi nineteen years (1680), Jingdezhen formally restored Imperial porcelain factory. At the same time, also continue to implement the &#34;official ride fever&#34; system, the official kilns simultaneously, promote each other, the porcelain industry vigorous development. The blue and white porcelain was become an independent school, occupies a very important position in the history of Chinese ceramics. Especially Kangxi after nineteen years of products, significantly improve the quality of process. Kangxi in the blue and white porcelain painting techniques, change the method of outline, flat color, using the method&#34;. The composition, breaking the shackles of the previous generation of kiln patterned screen, full of rich flavor of life, Kangxi&#39;s landscape painting is no exception, created a lot of fine works.

In the official kiln landscape painting, Kangxi is the highest achievement in. Blue and white colored water painting a blue and white make with the foundation depth of the performance landscape. Especially when the use of Zhejiang blue and white material improved by &#34;water law&#34; &#34;calcination method&#34;, blue hair color is very bright and has a strong sense of green. Painting concentrated

In light of different levels, increase the beauty of the screen. The Southern Song Dynasty academy &#34;ax cracked&#34; painting strokes, &#34;farming map&#34; to make full use of this technique. Yong Zheng Dynasty blue and white landscape painting by the popular &#34;and&#34; style, writing the &#34;pimacun&#34;. 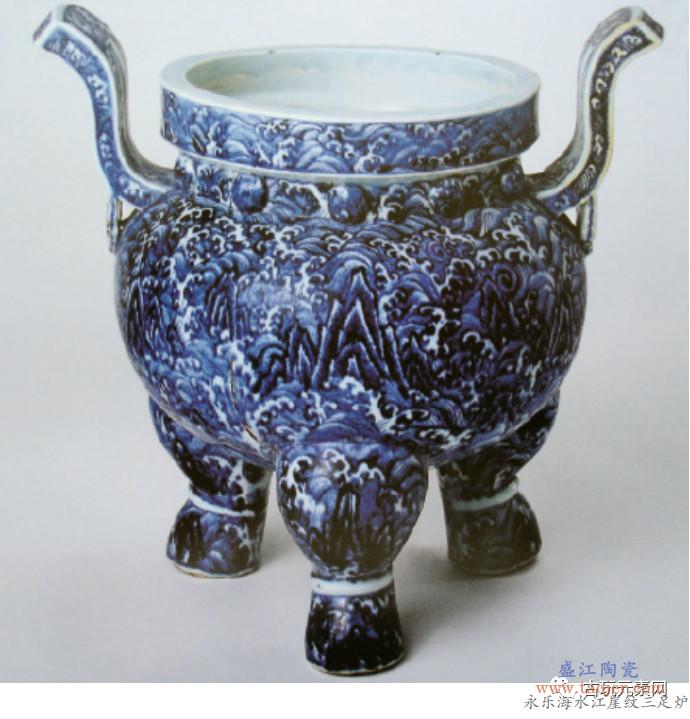 Kangxi&#39;s blue and white decoration, widely associated with real life, reflecting the thought and life custom pattern appeared in large numbers. The landscape painting is free to play not sticking to formalities, the folk art style, full of natural, simple and rich flavor of life. In painting techniques, &#34;method&#34; and draw lessons from western painting perspective focusing method, makes the picture more layered. The composition of diverse, lively picture, vision. Style of painting, from the late Ming and early Qing Dynasty landscape painters painting brushwork, fresh, beautiful mood. The rocks painted, use the &#34;ax cracked&#34; method, the contrast in the blue and white color, give people a new feeling.

Disclaimer: This article by Li Shaobin Xing Shuliang on the &#34;blue and white porcelain&#34; landscape painting &#34;&#34; a paper

Fill out my online form.
Online contact and registration forms from Wufoo.